Taking beta version 0.2 for a spin

We’re pleased to release version 0.2 of the Concertio Optimizer dynamic tuning software to our initial beta testers. Building on version 0.1, we’ve added more system knobs and improved the robustness of Optimizer. In addition, we’ve made it easier to install and run benchmarks by just using a one-line script to download and install the packages.

We’ve evaluated how well Optimizer performs when optimizing the Phoronix Apache Web Server test. We conducted the evaluation as follows:

Overall, the 300 runs took approximately 10.5 hours on a Packet (www.packet.net) Type 1 server with a recent Intel Skylake CPU (Intel Xeon CPU E3-1240 v5 @ 3.50GHz), running “CentOS 7 (Legacy)” OS. In the graph below, the horizontal axis depicts the iteration number, showing 300 consecutive 2-minute iterations. The vertical axis depicts the improvement in performance (number of served requests per second by apache) for each iteration compared with the average performance in the baseline phase. Within 10 iterations (approximately 20 minutes) Optimizer manages to show a large jump in performance, and in the optimization phase this boost amounts to 9.85% of improvement on average. 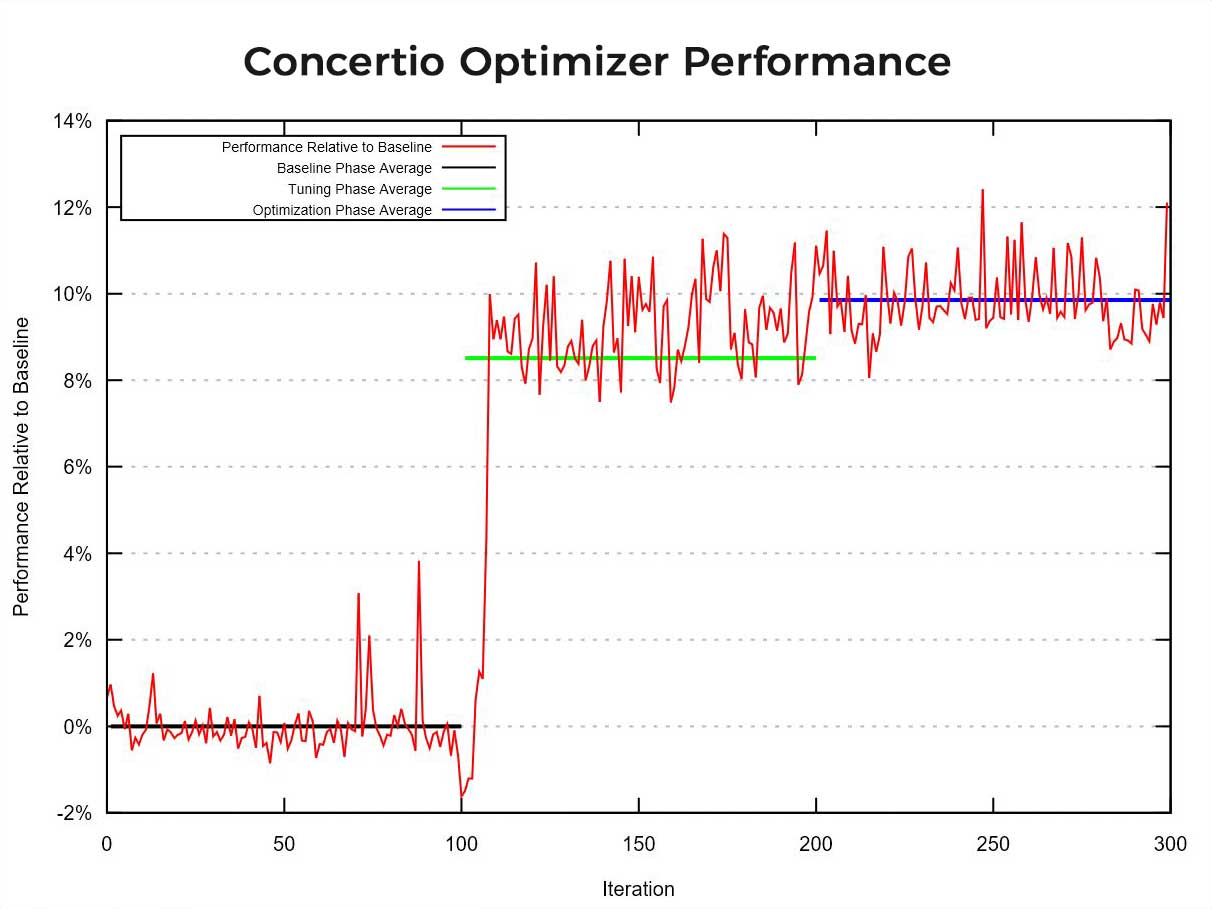 But that’s not all! Based on our estimates and measurement of CPU energy, in addition to the ~10% improvement in performance, energy consumption of the server was cut by ~3%. If you factor in the data center’s PUE, the savings are even greater. When tuning the server to the workload, some actions such as prefetching unrequired data can be prevented, resulting in higher performance in conjunction with reduced energy consumption. It’s great to get more performance while using less energy!

Stay tuned for more improvements and optimizations in future releases.