How to tune applications with Concertio Optimizer 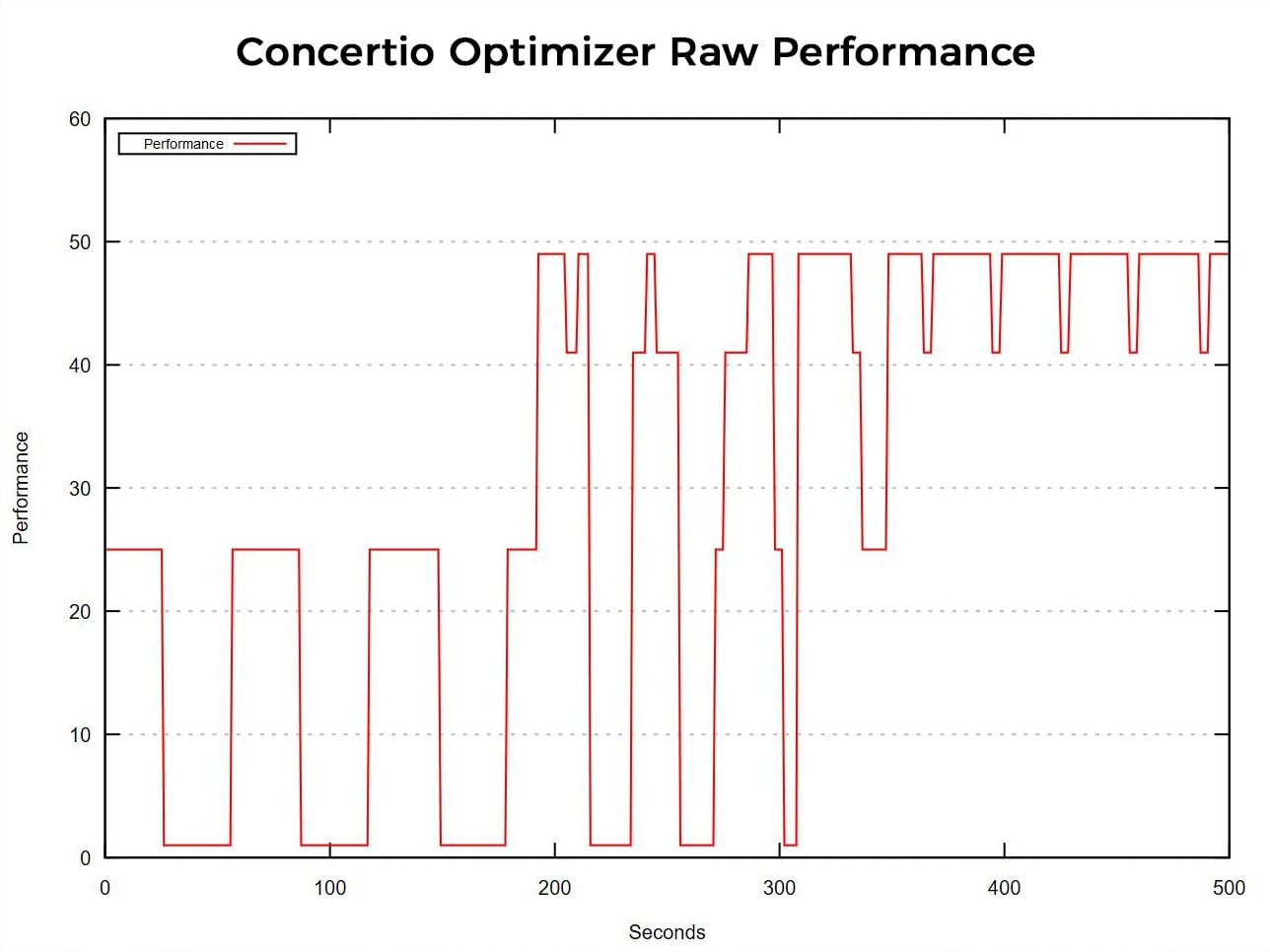 Some applications have dynamic tuning capabilities, such as in databases, where the application behavior can change in response to the applied load. While this technique is beneficial, it is time-consuming to develop and may not capture all the important use-cases.

In this post, we’ll show how this can be done using an example application written in bash.

Tuning a simple application – one knob and one metric

Passing knob and metric values via files as we did above is not recommended unless proper lock mechanisms are used. We did it here only to keep the example simple.

We’ll now write a plugin to Concertio Optimizer that will sample “metric” and feed it into Optimizer as a metric with the name: “example_app.my_target_metric”. To do this, we’ll write a new C++ class that inherits from MetricsPlugin defined in metricsPlugin.h provided with Optimizer. The constructor defines the metrics, and sample_system() samples the metrics and feeds them to Optimizer.

We then compile the plugin as follows:

Putting everything together via the knobs.yaml configuration file:

We’ll start with a knob value of 0: 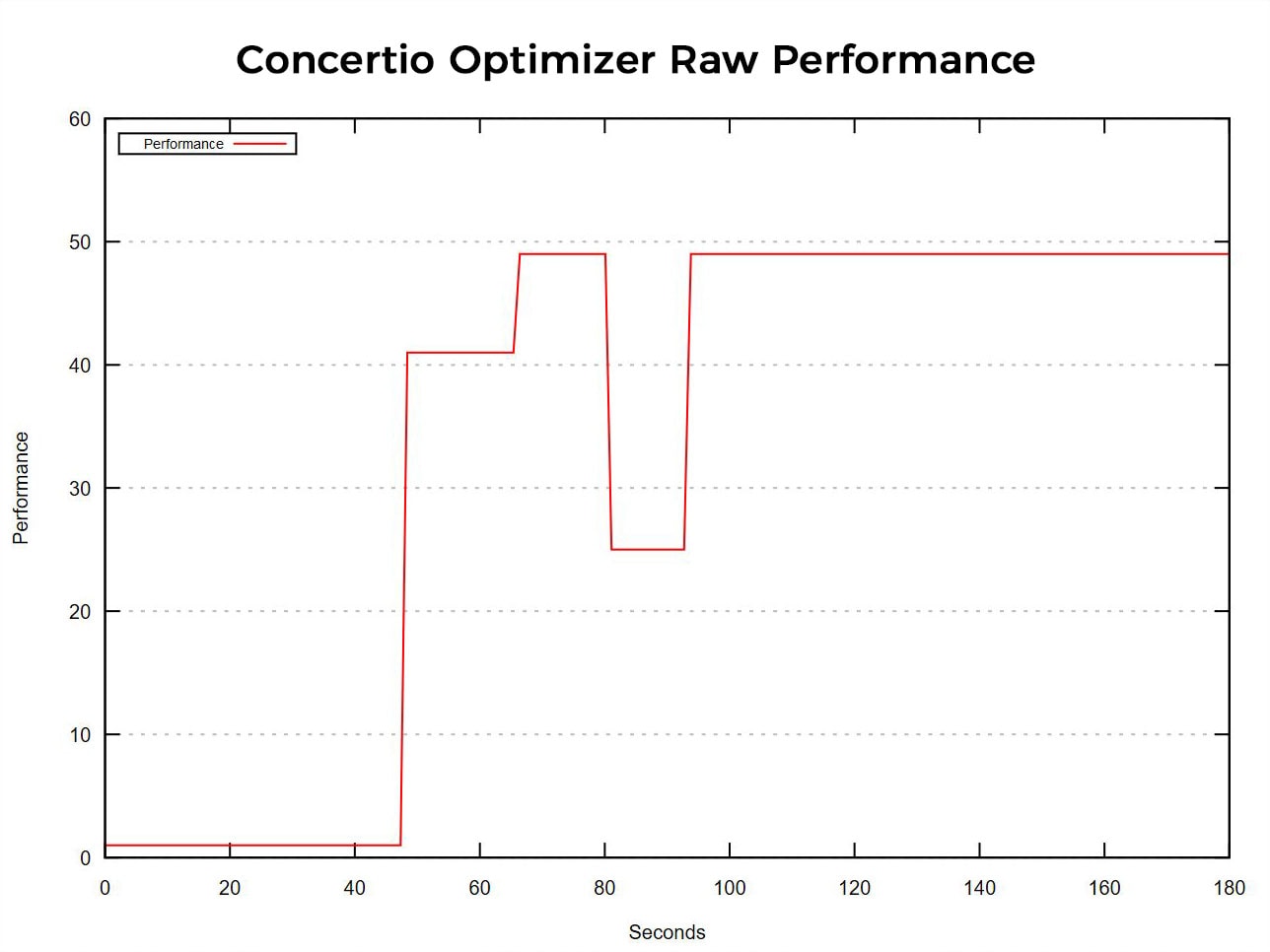 It took Optimizer around 90 seconds to properly tune our simple application and give it a 49x boost in its target metric.

We’ve shown above a very simplistic example of an application. In reality, applications have phases, and in each phase the behavior of the application may be different. We’ll add phases to our simple bash application:

In the revised application, we have two phases, as follows:

The revised application will spend 30 seconds in each phase, and then switch. In each phase, the target metric behaves differently, depending on the knob setting. This behavior resembles real applications with different phases of execution. In order to feed the new metric to Optimizer, we’ll alter the plugin:

In the first 3 minutes, Optimizer learned about the workload, which switched phases every 30 seconds. When enough data was gathered, Optimizer attempted to tune each phase separately. Approximately 6 minutes into the run, Optimizer found the best knob setting for each of the two phases, and switched to the correct setting after each phase change.

Optimizer can work with hundreds of application metrics in order to determine the phase of the application and to tune for each specific phase. Moreover, new knobs can be easily added in knobs.yaml.

Application tuning can be employed in conjunction with Optimizer’s CPU and OS tuning features for even greater gains.

Stay tuned for announcements of support for specific applications in the coming months!