After a long and rigorous process, competing against 175 companies from 23 states and 11 countries, we’re excited to have won one of the six awards of the 76West Clean Energy Competition, granting Concertio an award of $250k. The ceremony was held yesterday at Binghamton University, with Lieutenant Governor of New York Kathy Hochul and Binghamton University President Harvey G. Stenger granting us a trophy: 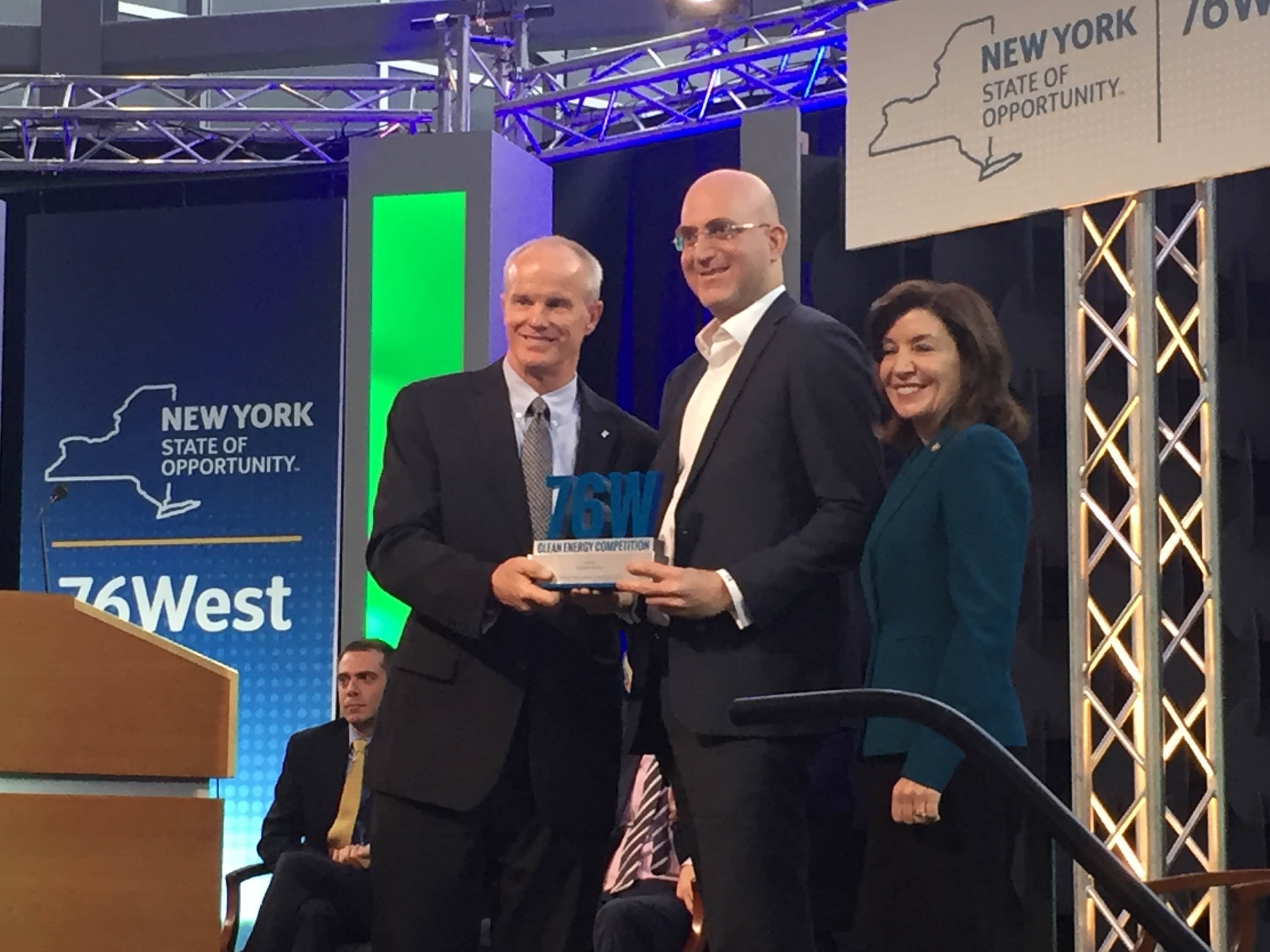 We’d like to thank the 76West team for the great competition and of course for choosing us! We’d also like to especially thank Don Smith for mentoring us during the process.

NYSERDA’s press release about the competition is available here: https://www.nyserda.ny.gov/About/Newsroom/2016-Announcements/2016-11-30-Governor-Cuomo-Announces-Winners-of-First-76West-Competition